LIFESHARE ON RECORD PACE FOR SAVING LIVES IN 2020 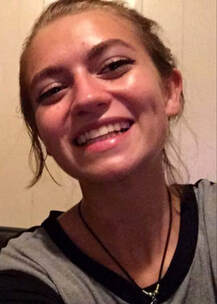 Lives Saved Despite National Pandemic
​
OKLAHOMA CITY (August 6, 2020) – Oklahomans are known to be some of the most generous people, and through the pandemic, it has proved no different with LifeShare on a record pace for both the number of organ donors and organs recovered in 2020.

LifeShare saw more than 120 become donors since the beginning of the year, which provided 303 organs for transplant. Prior to 2020, our highest activity level for January through July in any given year was in 2019 with 102 donors and 285 organs transplanted.

Bobbie Renfrow’s daughter, Madison, was one of those life-saving heroes amidst the pandemic.

Madison was eighteen years old and full of life. She was a mother to her one-year-old son and had all kinds of plans for their future together. Madison was crazy, silly and outspoken. Most of all, she was true to herself.
​
Bobbie had always told her daughter how important being an organ donor was. And a year ago when Madison received her license, she ran to her mom showing her the ID card and saying, “look what I just did!”.  Madison knew she made an important, life-saving decision.