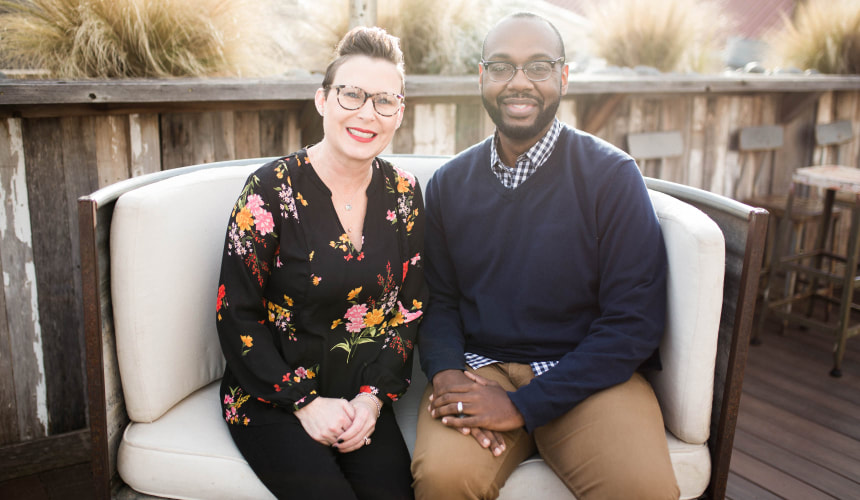 ​About Cynthia
Cynthia Decker, of Oklahoma City, has a generous heart. For years, she had the Little Red Heart on her license, but because she was so passionate about it, she began a process to save another person’s life.

In June 2012, Cynthia was browsing thru Craigslist and stumbled across an ad from a 38-year-old single mother in need of a kidney transplant.  She knew right away that she must respond, so she made the call and on July 5th she received the necessary paperwork to start her journey.  A few months later, she began being tested to donate a kidney to this woman in need.

During the process of lab work, testing, interviews and more, Cynthia learned that the potential recipient had recently found a match through a friend who ended up donating their kidney to her.
​
Cynthia knew that there were many others in need of a transplant – so she continued in the process in order to help someone else who might be waiting and it was an easy decision for her to make.

“There was so much testing – lab work, x-rays, ultrasounds, cat scans, interviews with physicians, social workers, transplant coordinators, psychiatrists and more. I also had to have some tests run on my liver, which all came back fine to continue.  I received a tentative date of December 10th for the transplant, and I was so excited. It was almost time for ‘My Little Kidney’ to become ‘OUR Little Kidney,” Cynthia said.
​About Milton
Milton was very athletic, and one day began losing weight and dropped 65 pounds very quickly. He was taken to Children’s Hospital and diagnosed with a disease that infected his kidneys called Focal Segmental Glomerulosclerosis.

He was put on a high dose regimen of medications and was able to finish high school, and continued onto college where he earned his degree in Education. He began to work as a high school history and government teacher, while also serving as an associate pastor at his church.

One day while teaching, Milton received a call from his doctor and was told that he would need to start dialysis, to do the work of his kidneys. He began doing dialysis at home for eight to nine hours every day – and the doctors told him he needed a kidney transplant to survive.

Nearly 35 of Milton’s friends and family were tested as potential donors, but none of them were a match. This was discouraging for him, and he was later placed on a paired donation list in hopes of receiving a kidney transplant sooner.
​
One morning Milton was teaching his history class and they were talking about helping others, and that was how people kept things going throughout history.  At that moment he received a phone call and let it go to voicemail. The phone rang again, and he saw that it was the transplant center and took the call. Milton shares, “There was an altruistic donor for me who was a match, and they wanted to do the transplant the very next week!” He could hardly contain his excitement!
The Gift of Life
On December 10th, Milton received his kidney transplant and had a successful surgery, and the kidney started functioning right away.

“In just a few days I felt so much better than I ever had! I was only in the hospital for two days. Now I enjoy having enough energy to run and play with my daughter and keep up with my students, said Milton.

After Milton’s surgery, the hospital staff asked if he and his wife, Brittany, wanted to meet his donor. The couple was able to meet Cynthia for the first time before they each went home from the hospital.

Milton and his family have stayed in close touch with Cynthia, almost as if she became a part of their family. Since the surgery, Milton has been installed as a pastor at his church. Cynthia wanted to surprise him by attending the service.
​
“When his daughter opened the door and saw me standing there, she got a huge smile on her face! She knew I was the one who saved her daddy’s life. It melted my heart and I knew it was God’s plan for OUR kidney’s journey.”