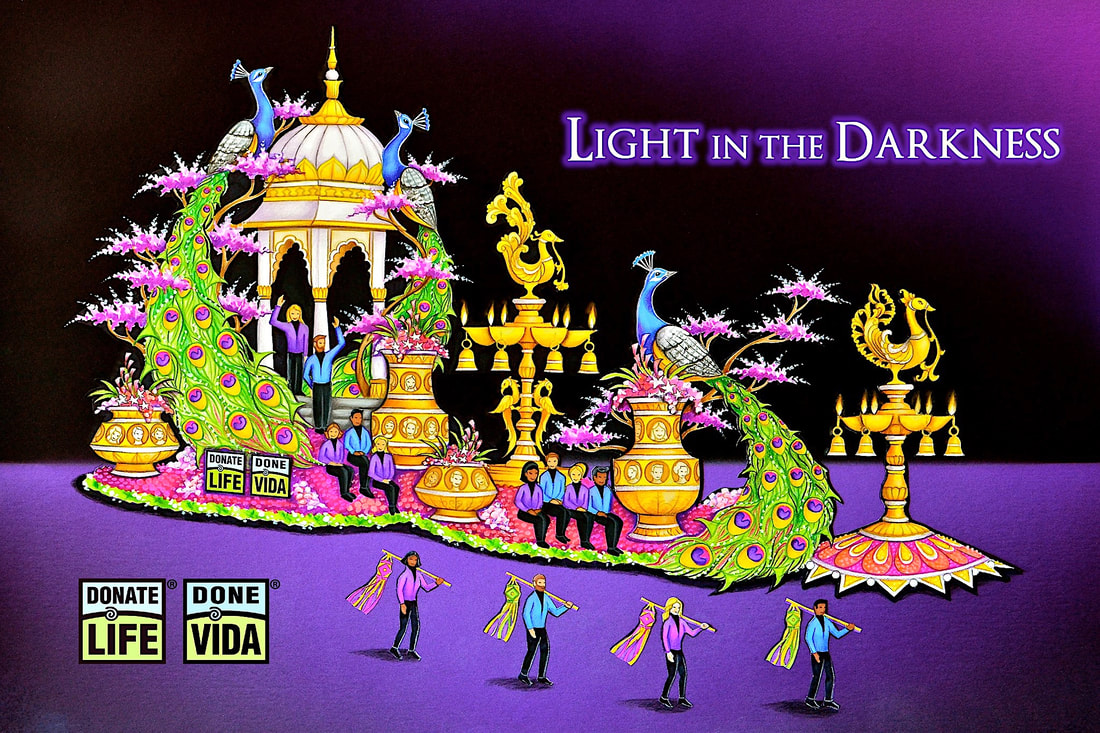 Oklahomans will be representing their state in the 2020 Tournament of Roses Parade on January 1. Eva Young, of Oklahoma City, was chosen as the floragraph honoree who will be representing Oklahoma in the Donate Life Rose Parade Float. Eva is the daughter of Royce and Keri Young.The family has garnered national attention with their decision to continue their pregnancy in hopes of offering others life.

Every year, LifeShare of Oklahoma helps sponsor the Donate Life Float in the Tournament of Roses Parade on New Year’s Day to spread the message about organ, eye and tissue donation.  As a sponsor, LifeShare is able to send one recipient to ride the float and one donor portrait to be honored on the float.

The 2020 float shares the Power of Hope by highlighting Southeast Asia’s Diwali, or the Festival of Lights, a celebration of light shining in darkness. Twenty six organ, eye and tissue recipients or living donors will be seated among the peacocks or walk alongside the float. Floral displays will overflow from intricate vessels, adorned with 44 memorial floral portraits, honoring the gift of life and light given by organ, eye and tissue donors.

This January, Oklahoma will be represented by this individual:

​Eva Young –Tissue Donor
Eva will be honored on the Donate Life Float as a tissue donor in a floragraph.  A floragraph is a portrait of the donor, created with floral materials such as seeds, grains, spices, dried flowers and other organic materials. She is one of 44 donors to be featured on this year’s float.

Eva’s Story
During a routine 19-week ultrasound, a doctor discovered that Royce and Keri Young’s daughter was growing, developing, and kicking – but without a significant portion of her brain – and wouldn’t survive long after delivery. The Young’s were told the baby had anencephaly, a condition that was ‘incompatible with life’.

Within a few minutes of hearing this news, the Young’s asked the doctors about organ donation. The doctor sent them home for 48 hours to decide what they were going to do. Their options were to terminate the pregnancy, or continue the pregnancy to term with the intent of donating the baby’s organs. The family decided to continue the pregnancy, and chose to name their daughter ‘Eva Grace’, which means giver of life.

Their original mission was simple: Get Eva to full-term, welcome her into this world, and let her give the gift of life to some other hurting family.

However, after a 4D ultrasound, the Young family became more excited for the life Eva would have, carrying on her legacy and celebrating the short time she had alive. They were thrilled thinking about the legacy their little girl would leave behind and another family Eva would help. 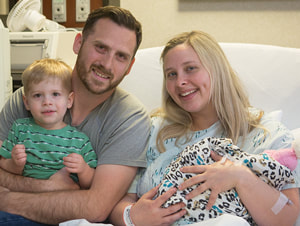 ​At 37 weeks, Keri went to the hospital after she was not feeling Eva’s usual movements. The doctors could not find a heartbeat. The Young Family was devastated to learn baby Eva’s heart had stopped beating. They learned that because of that, their daughter would not be able to be an organ donor.

They continued with their birth plan and spent time together as a family, cherishing their last moments with Eva. A few minutes after she was delivered, their phone rang with news that Eva could donate her eyes.

The Young Family was so excited to hear this news, and celebrated the grace that they had been given in that moment. It was a true moment of grace learning that Eva would be able to restore sight to others.

Eva’s story has made an incredible impact on the Young Family. Although the Young’s miss Eva daily, they cannot deny the significance of her tiny life and her effect on the world.
​
“We are thankful to have the opportunity to honor Eva Young at the Rose Parade this year as she represents the beauty that can come from donation,” said Jeffrey Orlowski, President and Chief Executive Officer of LifeShare of Oklahoma. “With a U.S. television audience in the tens of millions and a worldwide audience in the hundreds of millions, these individuals will not only be representing the importance of donation, they will serve as representatives of Oklahoma and the approximately 700 citizens of the state who are waiting on a lifesaving transplant.”

LifeShare encourages everyone across the state to tune-in to watch the 131st Rose Parade on New Year’s Day.