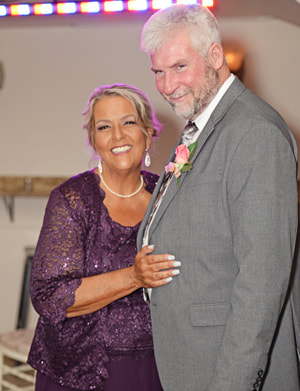 Conna Weaver of Moore, Okla., wakes up and looks around her room and thinks to herself, ‘I’m I really here?’  Normal and mundane days are often surreal to her; remembering the journey to her second chance at life.

Conna lived a very active life – with four grown kids and nine grandchildren all involved in their respective hobbies and within miles of her – she never missed anything. She spent time at the lake with her family and looked forward to family vacations to the ocean.

When she wasn’t with her family, Conna was working at a job she adored. She worked more than 22 years keeping semi-truck drivers safe and compliant on the road.

Her health had always been fairly good, but her legs and feet swelled constantly for several years. Typically, doctors diagnose swelling with heart issues, so Conna underwent multiple tests to ensure she had no heart issues. Her doctors did notice that she had high liver enzymes. He sent her for a CAT scan before a procedure and called her to come into his office the next day.

The doctor told her news she wasn’t expecting: her liver was not functioning. She began seeing a specialist, who encouraged her to have a healthy diet and lose weight to get her liver numbers looking better. Throughout the process, Conna lost more than 100 pounds.

After her fourth visit with the liver doctor, he told her to continue this healthy lifestyle because her numbers were improving. Encouraged, she went on vacation with her granddaughter to the ocean. While she was there, she got sick with what she thought was a stomach virus.

When she arrived back in Oklahoma, Conna made an appointment with her family doctor. The morning of her appointment, March 21, 2017, she began feeling sick and started throwing up blood. She was rushed to the emergency room.

Through a series of tests, the doctors realized she had cirrhosis of the liver and would need a transplant to survive.  Five months later, after many doctors’ appointments and meetings she was officially on the waiting list.

It was surreal for Conna to be listed. She had always been on-the-go, but she found herself unable to work, sick and waiting for the phone to ring with the hope of a second chance. She waited for one and a half years.

As Conna waited, she was scared; her feet and ankles were swollen. Her quality of life was depleted and she felt like a burden to her family. Worst of all, Conna realized she was not improving and just getting weaker by the day.

A glimmer of hope came in the form of a phone call one night. A family friend had a stroke and was becoming an organ donor. The family immediately thought of Conna and asked if they could directly donate their loved ones liver to her. Conna was humbled but excited; she thought this might be her chance at another life. However, though the process, they realized the liver was not transplantable.

A few months later, Conna realized she was even weaker than she thought she could ever be. She couldn’t get out of bed and she knew something was wrong. Her husband took her to the hospital and found out she had sepsis, a life-threatening condition caused by her body’s response to an infection.

The doctors took her directly to the Intensive Care Unit. She was on life support, and the medical staff was making her as comfortable as possible. The doctors talked to her family – assuring them they did everything they could to save her life. They would continue to give her medication to be comfortable, but she would be discharged soon to spend her last days at home.

Robin, a friend of Conna, who had received a liver transplant was sitting in the room with her and encouraging her.

A few minutes later, she saw doctors and nurses gathering in the hallway. Conna thought this might be bad news again – but the doctor walked in and told her something she wasn’t expecting.

“We found a perfect match for you,” the surgeon explained. “You’re getting a transplant today!”

Conna underwent surgery within hours of hearing the news. She woke up feeling better than she had in years.

Humbled, Conna realizes that the worst day of one family’s life was the best day of hers. Through the midst of this family’s tragedy, they chose to give life to someone like Conna – who chooses to do good with this new life she was been given. She honors her donor by loving her grandkids and spreading positivity.

April is National Donate Life Month. Across the United States, more than 115,000 individuals wait for an organ transplant to save their life. Thousands more are in need of tissue and corneal transplants to restore mobility and sight. Without the generous gift of more than 30,000 donors in the United States each year, many would still be waiting for a lifesaving gift.