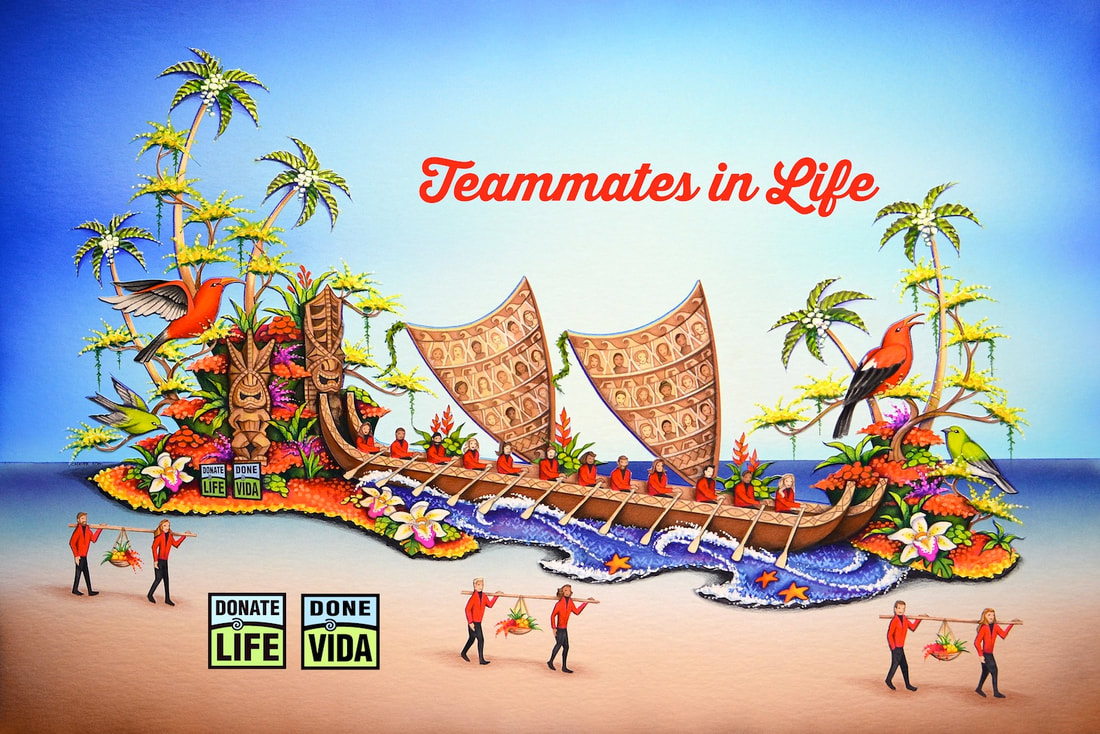 ​OKLAHOMANS TO BE HONORED IN 2017 TOURNAMENT OF ROSES PARADE

​Two Oklahomans will be representing their state in the 2017 Tournament of Roses Parade.  Stacy Hadley, of Oklahoma City, and Logan Wilke, of Edmond, will be a part of the Donate Life Float featured in the parade.

Every year, LifeShare of Oklahoma helps sponsor the Donate Life Float in the Tournament of Roses Parade to spread the message about organ, eye and tissue donation.  As a sponsor, LifeShare is able to send one recipient to ride the float and one donor portrait to be honored on the float.

The 2017 float depicts a Polynesian catamaran, which will be propelled by a team of 24 organ, eye and tissue transplant recipients rowing in unison with strength gained from donors. The sails of the vessel will feature 60 floral portraits of donors interwoven with Polynesian designs and patterns.

This January, Oklahoma will be represented by the following individuals:

​“The thing I love most about working at LifeShare is the impact we have in people’s lives. It may sound like a cliché, but this is the reason I became a nurse – to help others,” Wilke said. “In my job, I get to meet some of the most amazing families at the worst time in their lives and they seem to still have compassion to help others.”

Logan is also a veteran having served in the United States Army for six years. When he is not busy working as an Organ Recovery Coordinator for LifeShare of Oklahoma, he is spending time with his wife and two beautiful daughters, ages 13 and one. He also enjoys riding his dirt bike and he was even featured on ESPN once as one of the best crashes of the weekend during a motorcycle race in southern California.

​“We are honored to have two Oklahomans to represent organ, eye and tissue donation this year at the Rose Parade,” said Jeffrey Orlowski, President and Chief Executive Officer of LifeShare of Oklahoma. “With a U.S. television audience in the tens of millions and a worldwide audience in the hundreds of millions, these individuals will not only be representing the importance of donation, they will serve as representatives of Oklahoma and the approximately 800 citizens of the state who are waiting on a lifesaving transplant.”

LifeShare encourages everyone across the state to tune-in to watch the 128th Rose Parade on Monday, January 2, 2017.