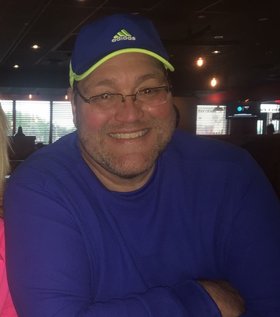 More than 120,000 Americans woke up this morning hopeful that today would be the day they received a call that would save their life. Eight hundred of these are Oklahomans and Doug Rawlinson of Bartlesville, Okla., is no different.

Doug has struggled with End Stage Renal Disease for more than seven years now and has remained resilient despite numerous setbacks. He lives his life to the fullest while juggling being a husband and father, his job as a teacher – and hemodialysis, which does the job of his kidneys five hours a day.

March is National Kidney Month, a month to recognize the need for more organ donors to save the lives of 98,000 Americans waiting on a lifesaving kidney transplant.

In the spring of 2010, Doug’s blood pressure and diabetes were out of control, and he began having problems with his vision. He was referred to two specialist physicians for his diabetes and kidney ailments.

After a series of tests, he learned his kidneys were functioning at 19 percent and it was probable that within six months he would be placed on dialysis.

In the midst of bad news, Doug and his wife, Therese, chose not to wallow in self-pity. Instead, they began a journey of health and exercise in an attempt to keep him healthy and defer dialysis treatment.

The couple showed up to their first 5K race not knowing what they were doing and laughing at the lack of their own race etiquette. After receiving their race bib, they placed it on their back and ran the race. As they passed the finish line with the greatest sense of accomplishment, a race official yelled to him, “Where’s your bib?” Doug responded and the official said in a joking manner, “This ain’t no rodeo, that bib belongs on the front!”

From that moment, they began running one to two races a month while working on a healthy diet, ultimately delaying dialysis for three years. During that time, they completed over 40 5K runs and two half-marathons, Doug also lost nearly 70 pounds. After losing the weight and living healthier, he was listed for transplant.

The inevitable happened, and his kidney function continued to decline and with only eight percent function, the decision was made to start dialysis. Doug opted for dialysis at home, where he spent six days a week for four and a half hours each day hooked up to a machine that was keeping him alive. He kept up this regimen for 10 months while juggling a tiresome teaching job.