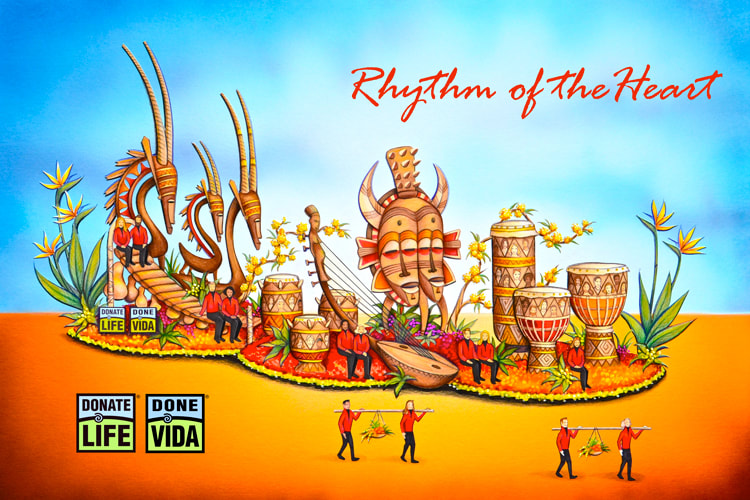 ​OKLAHOMA CITY TRANSPLANT RESIDENTS TO BE HONORED DURING ROSE PARADE

Two Oklahoma City locals will be representing their state in the 2019 Tournament of Roses Parade. Mike McClellin and Kaylee Rayburn will be a part of the Donate Life Float and featured in the parade.

Every year, LifeShare of Oklahoma helps sponsor the Donate Life Float in the Tournament of Roses Parade to spread the message about organ, eye and tissue donation to a nationwide audience.

Twenty-six living donors or transplant recipients ride or walk beside the float, gathering around the drums, a giant marimba from Ghana, and an exotic kora from Burkina Faso. The kora and marimba play important parts in the passing down of stories of previous generations in song. Rising over the rear of the float are spectacular chiwara headdress from Mali; these stylized antelope headdresses are featured in dances that teach youth the value of community, in the same way the donation and transplantation community come together to share the importance of donation.

This January, Oklahoma will be represented by these two transplant recipients: 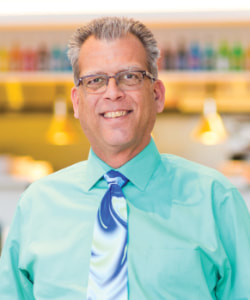 ​Mike McClellin – Kidney Recipient
Mike will be honored as a rider on the Donate Life Float. He is one of 26 recipients and living donors to be featured.

About Mike McClellin:
Mike McClellin, of Oklahoma City, Okla., was born with Nail-Patella Syndrome, a hereditary condition which affects the skeletal system and puts those with the disease at risk of kidney issues. Growing up, he had a few physical limitations but lived a pretty normal life with activities and functionality.

After his father died when Mike was nine years old from the same condition, Mike was told he too would one day be in renal failure and would need a kidney transplant like his father did.
As soon as Mike reached his late 20s, he began to tire easily and had high blood pressure issues. His doctor began running more frequent tests to monitor his declining kidney function. Mike became fearful and began to resign himself to the same fate of his father.

Mike was 34 years old when his doctor delivered the news to him that his kidney function had reached the point where he needed to start the process of getting ready for a transplant. Initially, he was terrified and assumed his days were numbered, as his timeline mimicked his fathers.

He continued to be treated for his renal failure and started dialysis. Mike was officially listed on the transplant waiting list, and as everyday passed, he hoped it would be the day he would receive a second chance at life.

On April 1, 2001, Mike received a call that changed his life forever. He learned the news that a kidney was available for him. His wife and mother began running around the house getting stuff ready to go to the hospital, but Mike felt the gravity of another family grieving the loss of their loved one.

Mike underwent the transplant surgery, and woke up in recovery and felt great. Within a few hours he already had energy, feeling like he could have jumped and ran out of the hospital.
​
Nearly 18 years after his lifesaving procedure, Mike enjoys his life to the fullest. He enjoys traveling with his wife, spending time with his grandchildren and competing in the Transplant Games of America. Mike aspires to live every day with adventure. 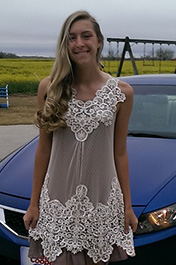 Kaylee Rayburn – Liver Recipient
Kaylee will be honored as a rider on the Donate Life Float. She is one of 26 recipients and living donors to be featured.

About Kaylee Rayburn:
Kaylee Rayburn, of Yukon, Okla., was a very big blessing to her family with her arrival to the world. After birth, she was slightly jaundiced so the doctors did a few blood tests for precaution as she was being discharged. As her family walked into their house, the phone was ringing saying they needed to go back to the hospital for a few more tests.

The Rayburns packed up their new baby and headed back to the hospital. Upon arrival at the hospital, the family learned they would need to stay overnight. Kaylee’s mom, Karla, was devastated to leave her baby in the NICU. After many days of testing and eliminating, they told Kaylee’s family that she would need surgery to confirm a Biliary Atresia diagnosis.

At just five months old, Kaylee began her transplant journey. For the rest of her first year of life, she was in and out of the hospital. Her parents struggled watching her – she refused to eat, her stomach was giant and tight and she had trouble breathing. Karla would often sit on her bedside and sing songs or read to her.

A few weeks before Christmas, the doctors told her family that Kaylee would not go home alive without a transplant. In January of the next year, a liver came for Kaylee and the transplant was a success. While her family was thrilled she was given the gift of life, they mourned for the mother that had just lost a child and made a heart wrenching decision to save another’s life though organ donation.

Kaylee’s transplant has offered her a life full of all the things she loves. She has participated in many activities including horseback riding, gymnastics, softball, tennis and ballet. Like most teenage girls, she loves any excuse to buy a new dress. Kaylee works hard in school, and has visited beautiful places of the world – like Hawaii and Mexico. She’s thankful for her relationship with her younger sister and her best friend, Maddie.

“We are hopeful that when recipients like Mike and Kaylee share their stories, it will inspire others to register to become an organ, eye and tissue donor” said Jeffrey Orlowski, President and Chief Executive Officer of LifeShare of Oklahoma. “Our Rose Parade honorees will not only be representing the importance of donation, but also serving as representatives of approximately 700 citizens of Oklahoma who are waiting on a lifesaving transplant.”
​
LifeShare encourages everyone across the state to tune-in to watch the 130th Rose Parade on New Year’s Day.​