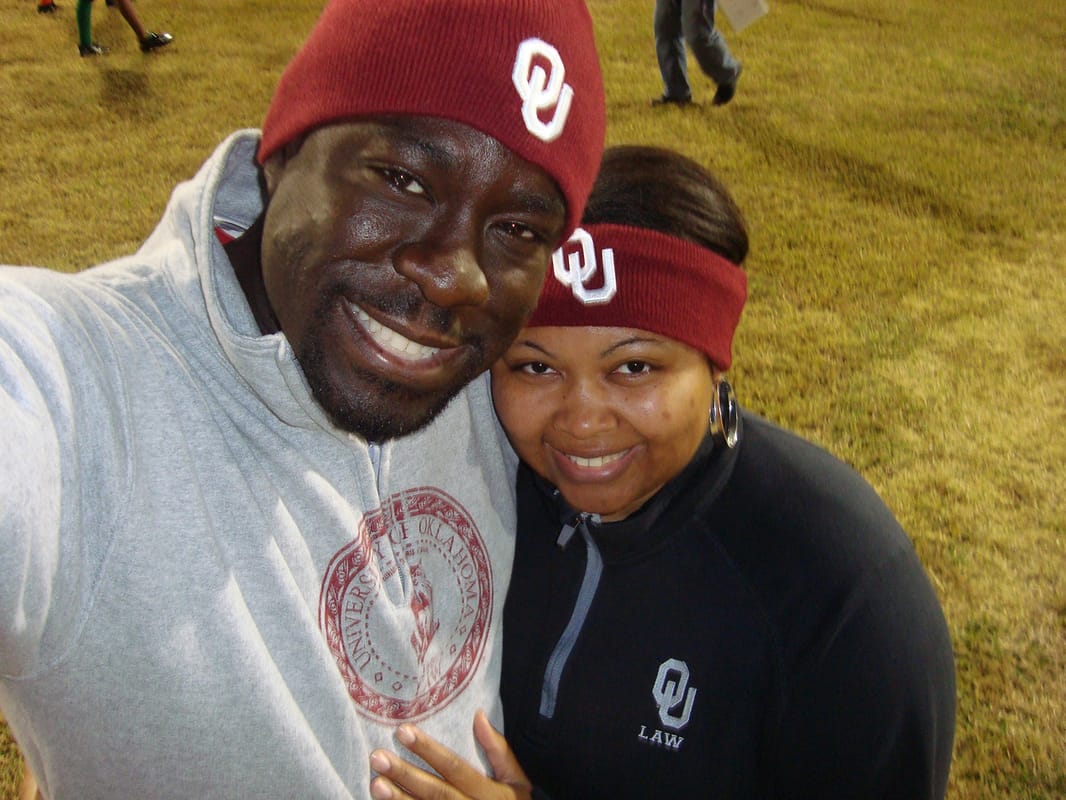 Lifus and Mona Todd
Lifus Todd, of Lawton, Okla., was born into a military family and was destined to become an officer in the United States Army. He graduated high school from the United States Military Academy Preparatory School, and went on to attend the prestigious West Point Military Academy. Lifus led an active lifestyle, and in addition to his regular drills, he enjoyed playing basketball.

In August 2002, Lifus noticed his ankles were so swollen he couldn’t get his boots on. After speaking with his platoon leader, he went to the clinic to see what was wrong. Lifus heard news he never thought he would hear - he was in kidney failure.

The news of this medical ailment came as a surprise to Lifus and his family, and the fact that he would be medically discharged from the Army was even more of a shock. After leaving West Point, he received a degree in accounting and worked as a Compliance Employment Officer. He managed his kidney failure with medication for nearly 10 years.

Lifus found himself in unbelievable pain, and learned that his condition had worsened. The doctors told Lifus he should have been on dialysis a long time ago. He was placed on the transplant waiting list and put on dialysis.

Dialysis restricted Lifus’ lifestyle and kept him close to home, and it became increasingly difficult to work. He had a passion for agriculture and longed to visit the beach, which were both activities he couldn’t participate in because of dialysis.

Knowing that he needed a more flexible schedule, Lifus enrolled in the University of Oklahoma School of Law hopeful he could manage his medical schedule with a school schedule. Dialysis was as demanding as a full-time job, so he struggled to balance his schooling, dialysis and what little of a social life he had left.

Instead of studying in the library or with study groups, Lifus would go home early to preserve his life. In an effort to live a normal life, he didn’t let many of his classmates know what he was going through with his failing kidneys.

Lifus eventually left law school and went to live closer to his dad in Arkansas. Mona, an attorney, knew Lifus’ dad through a philanthropy and asked Lifus to escort her to a fundraiser. Little did Lifus and Mona know, God was playing matchmaker for what would become a beautiful relationship.

When Lifus and Mona were in the middle of their first date, Lifus got a call regarding his labs and was sent to the hospital.

“Going to the hospital on our first date was like a crash course into what life would be like dating someone on dialysis,” Mona said.

Despite living with dialysis, Lifus stayed positive. He received several calls from the transplant center, but none were a match with his rare blood type. On March 10, 2016, Lifus received a call from the transplant center instructing him to be ready in the event the available kidney was a good fit. He already had an appointment scheduled with the surgeon who would be performing his kidney transplant, so he made the trip to OU Medical Center.

He arrived to learn that yet again, the kidney was not a good match for him. He went home disappointed, but remained hopeful.

Three days later, Lifus and Mona invited family to visit them. While they were outside cooking for a barbeque, he received a call which was different than the rest had been.

“In all of the calls I received from the transplant center, they just wanted me to be ready in case the kidney was a good fit for me,” Lifus said. “This time, they told me to get to the hospital within two hours.”

The couple packed their belongings and headed to Oklahoma City. After what seemed like a thousand tests and days of waiting, Lifus was finally wheeled to the operating room to receive his second chance at life.

When Lifus woke up from his surgery, he felt incredible and found out from the surgeon the kidney was a near-perfect match for his blood and tissue type.

Lifus no longer takes life for granted. He married Mona on August 6, 2016, and together they are raising two sons. Without living on dialysis, he has the opportunity to live spontaneously and finally enjoy his passion for agriculture. This past Labor Day, he had a chance to visit the beach with his family for the first time since his healthcare struggles began.
​
Lifus is forever grateful to the selfless donor who saved his life allowing him to live lifeto the fullest.