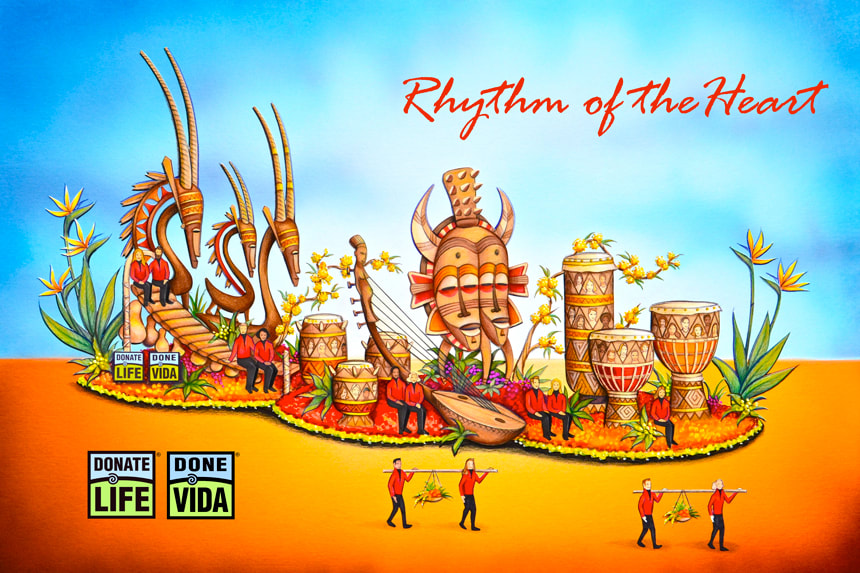 Two heroic organ donors will be representing Oklahoma in the 2018 Tournament of Roses Parade. Hance Henrie, of Owasso, and Sandy Pekrul, of Enid, will be honored as a part of the Donate Life Float featured in the parade.

Every year, LifeShare of Oklahoma helps sponsor the Donate Life Float in the Tournament of Roses Parade to spread the message about organ, eye and tissue donation.  As a sponsor, LifeShare is able to send one recipient to ride the float one donor portrait to be honored on the float. This year, Promethera Biosciences will sponsor an additional float rider and Aiden’s Legacy Foundation will sponsor an additional floragraph honoring a donor.

Twenty-six living donors or transplant recipients ride or walk beside the float, gathering around the drums, a giant marimba from Ghana, and an exotic kora from Burkina Faso. The kora and marimba play important parts in the passing down of stories of previous generations in song. Rising over the rear of the float are spectacular chiwara headdress from Mali; these stylized antelope headdresses are featured in dances that teach youth the value of community, in the same way the donation and transplantation community come together to share the importance of donation.

This January, Oklahoma will be represented by these two donors: 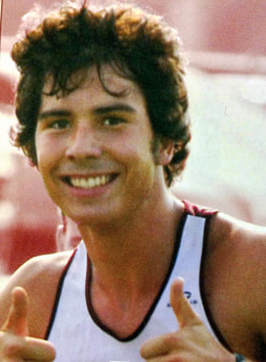 About Hance – Tissue Donor
Whether Hance was skydiving in Tulsa, Okla., or longboarding down a hill in Salt Lake City, Utah, he had a zest for adventure! Growing up, he was very active and constantly on the go, his family remembers Hance having more spirit in his life than his body could contain.

Hance loved the great outdoors and had an unforgettable spirit. Through pursuing some of his favorite activities like rock climbing, camping, scuba diving, biking and running he saw some of the most beautiful wonders of the world.

With the help of Hance’s outgoing and friendly personality, he was admired as a friend and also an inspiration of faith to all those around him. He was a proud Christian, and loved serving at his church and also helping on church missions.

Hance had no barriers of friendship. Each summer, he worked at the local fruit stand and loved talking to customers of all ages.  More than once, he proudly brought home secret family recipes from customers, eager to try each of them out.  Hance’s favorite part of the summer was always science camp where he enjoyed leading and mentoring the young campers.

Wanting to see the world, Hance attended college on a full NROTC scholarship and was focused on pursuing a degree in Geography. His grandfather had been in the military and Hance’s ultimate dream was to serve as a marine.  The night before Hance was to return home to Oklahoma after finishing his first year of college, Hance’s life was tragically taken by the actions of a drunk driver. His family knew that he would have wished to help others through donation.
​
Through Hance, the gift of sight was given to a man so that he could see the beautiful wonders of the world – just like Hance did. “What a view of life that man must have,” says Jill Henrie, Hance’s mother, “It is a comfort knowing that others were blessed from Hance’s gifts of life.” 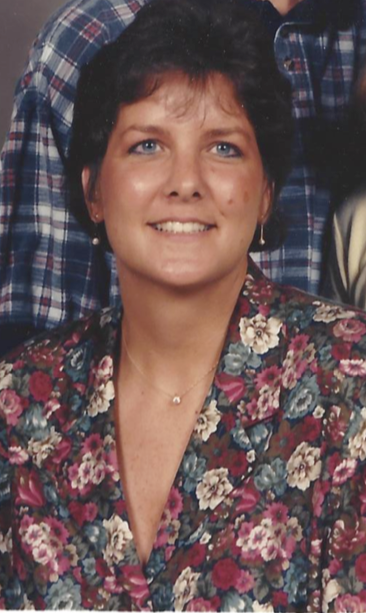 About Sandy – Organ Donor
Sandy Pekrul, of Enid, Okla., had a huge heart – she would act on an impulse of kindness to make sure everyone she cared for knew they were loved by her – and would spoil her friends and family with every chance she had. She could always be found wearing a smile and flashing her beautiful blue eyes.

She enjoyed helping with community events and loved volunteering her time to help others. She loved the church and singing in her church choir every Sunday. Sandy adored her yellow lab puppy, Lucy and went on walks around the neighborhood often.

She enjoyed having people over and hosting parties. Sandy would often tell very bad jokes which everyone laughed at because of her contagious laugh. She was someone that everyone enjoyed being around and always welcomed friends and family with big, open arms.

Sandy cherished every moment with her children, Adam and Angela, and was involved in every school and after school activity for them. She would sometimes bring her kids to work with her when she worked at a local TV station, allowing her kids to help host one of the shows. On their birthdays, Sandy would get so much joy out of surprising her kids with the house decorated in balloons and streamers.

She wanted to be friends with her children, before a mom. She was protective of her kids and constantly wanted to know what was going on in their life and would often embarrass her kids in front of their friends.
​
After an unexpected and tragic event, Sandy did not survive. She was a registered organ donor and had discussed donation with her family. Her generous spirit in life was able to continue to be generous to others through the lifesaving gift of organ donation.  One of her lifesaving gifts went to Mike McClellin, float rider, who honors Sandy through his actions every day. Through Mike’s interactions with Sandy’s family, he is able to remind them of her generosity.