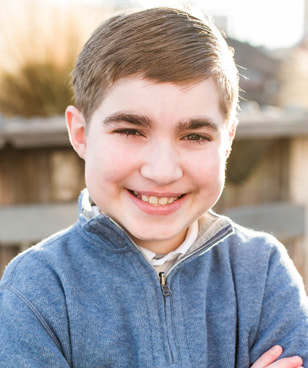 He and his family made the trip to Houston multiple times a year for routine appointments to check the progress of his heart. Everything seemed to be going great for about five years, until September 2012, when doctors noticed Jhett’s heart rate was alarmingly rapid. The doctor visit turned into an overnight stay which led to two weeks in the hospital. Doctors discovered that Jhett had transplant coronary artery disease and the only cure would be another transplant.

In November 2012, Jhett was listed for a second heart transplant. He and his dad moved back near the children’s transplant hospital, hundreds of miles away from his mom and sister. While he was waiting for his second lifesaving transplant, he began taking golf lessons at a local course and got involved in the PGA junior league. Since he was unable to attend school, this allowed him to be around other kids and have fun. Being away from his mom, sister and friends, golf seemed to provide Jhett with some normalcy, and he even built a great relationship with college golf teams.

After several long years of waiting for a new heart, Jhett received a call that would save his life. He received his transplant in July 2018. Three months later, he and his dad were finally able to move back home to Oklahoma with his mom and sister.

Jhett, now 12, is thankful for every day he is given. He still plays golf, and hopes to play on a professional level one day, and teach others how to play, too.

Jhett will be the youngest of 26 riders on this year’s Donate Life Float in the Rose Parade.
​
The 2020 float shares the Power of Hope by highlighting Southeast Asia’s Diwali, or the Festival of Lights, a celebration of light shining in darkness. Organ, eye and tissue recipients or living donors will be seated among the peacocks or walk alongside the float. Floral displays will overflow from intricate vessels, adorned with 44 memorial floral portraits, honoring the gift of life and light given by organ, eye and tissue donors.

“We are honored to have two Oklahomans to represent organ, eye and tissue donation this year at the Rose Parade,” said Jeffrey Orlowski, President and Chief Executive Officer of LifeShare of Oklahoma. “With a U.S. television audience in the tens of millions and a worldwide audience in the hundreds of millions, these individuals will not only be representing the importance of donation, they will serve as representatives of Oklahoma and the approximately 700 citizens of the state who are waiting on a lifesaving transplant.”

LifeShare encourages everyone across the state to tune-in to watch the 131st Rose Parade on January 1.
​UPDATE: Jhett received his second heart transplant in July 2018 and is doing great!

The Heart of a Superkid 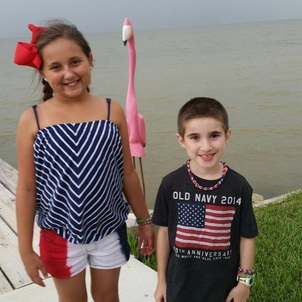 Jhett Skaggs, of Lexington, is currently awaiting his second heart transplant. At a young age Jhett was diagnosed with a rare heart condition that eventually led to his first heart transplant. Now Jhett’s heart is weakening and he has been put back on the transplant list for a second lifesaving procedure. Jhett is pictured here with his sister, Merit. 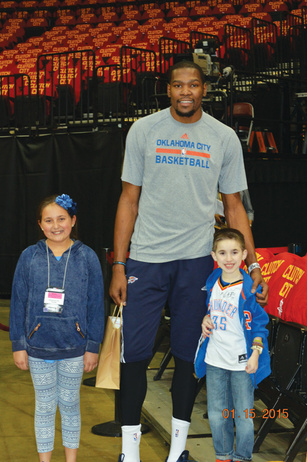 Pictured with Jhett is his sister, Merit and OKC Thunder player, Kevin Durant.