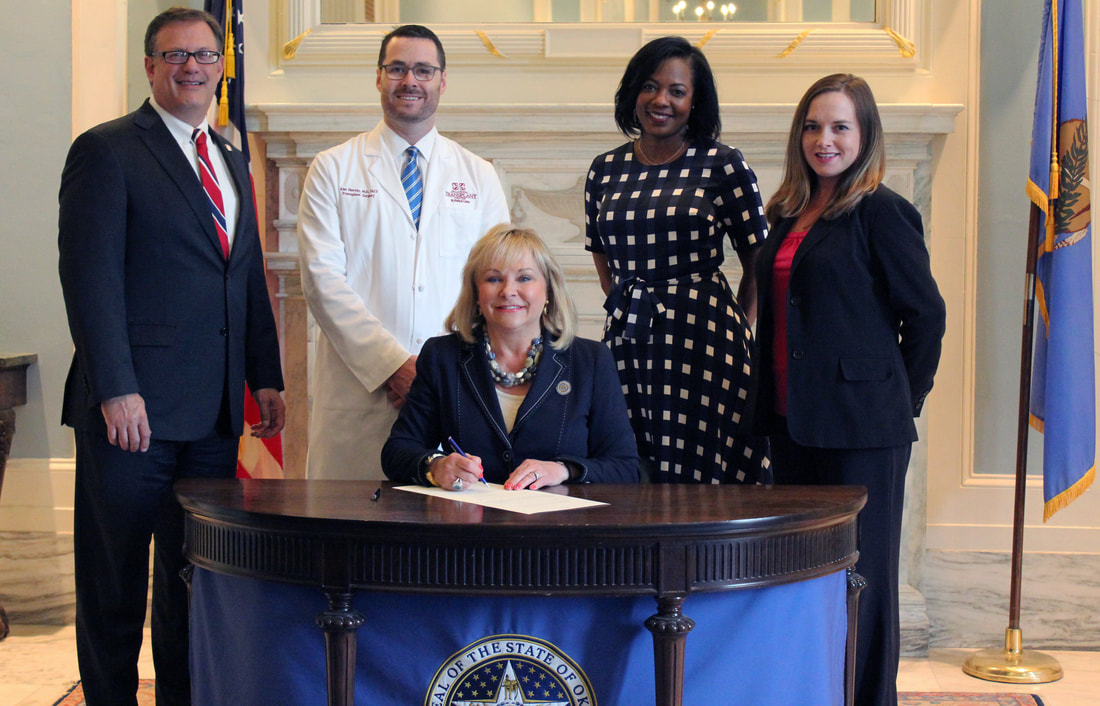 The bill, HB 2273 by Representative O’Donnell, permits the recovery of organs and tissues for donation purposes from those testing positive for HIV infection.

The HOPE Act changed federal regulation, in 2013, recognizing HIV positive organ donors can donate to someone waiting for a lifesaving transplant who is also HIV positive.

“We have an organ shortage crisis in this country and individuals living with HIV are disproportionately affected,” said Jeffrey Orlowski, President and CEO of LifeShare of Oklahoma. “When someone with HIV gets an organ transplant from an HIV positive donor,everyone else gets moved up on the waitlist.”

With HIV patients now able to donate organs, a 2011 study from the American Journal of Transplantation predicted there could be an additional 500 organ donors a year, giving patients about 1,000 additional organs – giving hope to those in need.

With more than 114,000 people on the waiting list for organs, some of whom have HIV, this means people will have a much better chance of surviving their end-stage organ disease.

“The HOPE Act allows us to give hope for another birthday, to make memories with their family and a chance to live life to the fullest,” Orlowski said.

Transplant patients are not the only beneficiaries of the HOPE Act. Those who desire to save lives through donation can now join the rest of the population knowing their decision may be honored.

Families and friends of these estimated 500 donors annually will have the benefit of comfort and healing that donor family members report after donation becomes a single positive in an otherwise tragic situation. These benefits can be as valuable to someone who has lost a loved one as a newly transplanted working organ can be to a patient in end-stage organ failure.
​
LifeShare now actively evaluates potential organ donors who are HIV positive and is honored to work with approved transplant centers to keep hope alive for more patients each year, and carry out the decisions of those who have made clear their desire to save lives.