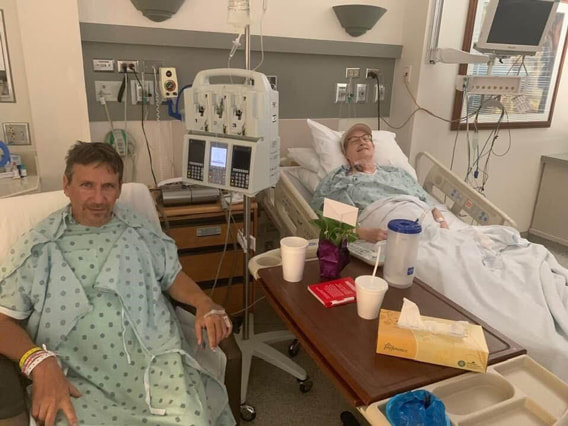 Neither Elise or Catherine could find medical records showing their mother or father had PKD. No one in the family had the disease, either.

​Catherine advised Elise to go to the doctor to check and see if she also had PKD. The next week, she had blood drawn for lab work and a scheduled ultrasound. Both revealed Elise inherited the disease and was at Stage 3 so she would need to be closely monitored.
Life went on for the next several years, and Elise’s condition was monitored at least twice a year. By 2017, Elise’s kidney function had dropped, which was a sign she would need either a kidney transplant or to start dialysis.

She was put on the national transplant waiting list, thinking it would take years to be matched with a deceased donor. While waiting for a new kidney, she would be doing dialysis three times a week for three to five hours a day.

Elise started seeking a living donor in order to avoid life on dialysis and waiting years to receive a kidney. One day, she made a simple post on Facebook seeking a living kidney donor. Three to four of her own friends saw the post and volunteered to be her living donor. Unfortunately, none of them were able to donate because of incompatibility.

Shortly after her second plea, she received a message on Facebook from a former classmate, Randy, who had graduated from Woodward High School in 1975 with Elise. He offered to get tested so that he could be her living kidney donor.