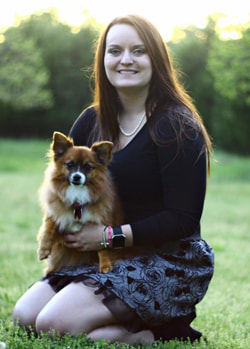 Breanna Fly, of Claremore, Okla., lives everyday grateful for a priceless gift she received, and she pays it forward in her actions as a nurse.

On Christmas Eve in 2010, Breanna was enjoying time with her family eating, playing games and opening gifts . She took a nap that afternoon and woke up glowing yellow. Her mom rushed her to the nearest Emergency Room. Breanna was diagnosed with severe food poisoning and Hepatitis A.

The doctors told Breanna the Hepatitis A would run its course and she would make a full recovery. Instead, it destroyed her liver.

Breanna became lethargic and the ammonia levels in her body were so high she was significantly confused. She was life-flighted to OU Transplant Center on January 12. She was placed on the National Transplant Waiting List that night and, because of her condition, she had her liver transplant the next morning.

After her transplant, Breanna felt healthier than she ever had. However, three months later her body rejected her liver, which resulted in a 27 day hospital visit. It was during this stay that Breanna fell in love with the idea of becoming a nurse. A passion was instilled in her to help others the way the nurses helped her.

After Breanna recovered, she received a letter from a woman named America, the mother of the woman who saved Breanna’s life. The two have connected well, and they get together at least once a year.

“My favorite thing is the ways I changed after my transplant. I took on different characteristics after transplant such as the way I ate, my personality becoming more outgoing and I developed a passion for fitness,” Breanna said. “America tells me that these are characteristics my donor carried through life. So in a way, I carry her with me in more ways than just physically.”

Breanna has now graduated college and is a Registered Nurse. She gives back to the generosity of the precious gift of life that was given to her and honors her donor each day through her kindness and generosity with all of her patients.

“What an amazing gift organ donation is. I am forever thankful for my donor’s decision to save lives. I hope that she would be proud of the way I have honored her life,” Breanna said.