Childhood observation and a generous heart saved one Oklahoma woman’s life 36 years after the two had lost connection.

Belinda Ball, of Tulsa, Okla., was born with a kidney defect and at just three years old she underwent surgeries to fix them. She grew up with frequent medical problems, including infections. When Belinda was in the third grade, her friend Claudia noticed her struggle. Even at such a young age she wanted to help, and remembered watching Belinda’s struggle throughout her adult life.

As Belinda got older, she began to work with her doctors to eat a healthy diet to improve the health of her kidneys. Even with the new change in her lifestyle, her doctors referred her to a dialysis center. When she heard this news, reality hit her, knowing she would need a kidney transplant to avoid dialysis.

Her family members selflessly offered to become her kidney donor, which did not turn out in her favor because of different blood or tissue type. Belinda’s husband began the testing to save his wife’s life and not only was he a match – but he was an identical match. He continued the testing, but eventually was excluded because of Belinda’s petite stature which ultimately meant she needed a smaller-sized kidney.

Belinda was stunned and prayed even harder than she had been.

On her tearful journey home from the transplant center, she posted on Facebook. Unbeknownst to Belinda, her dear friend Claudia, from elementary school, began testing after 36 years of no communication between the two.

Around March 15, Belinda received a call, from a number she initially didn’t recognize, that changed her life. When she answered the phone, she realized it was Claudia instantly because her voice had not changed since high school. For a few minutes they had small talk and caught up on one another’s lives – until Claudia told Belinda that she was a match and would soon be donating a kidney to her.

Belinda was ecstatic and the two spoke on the phone that night for about six and a half hours, as they had more than 36 years to catch up on.

Claudia quickly began to follow the doctor’s orders and began walking daily and adhering to a particular diet, in order to donate her healthy kidney to Belinda. After following a healthy protocol and final testing from the transplant center, the two planned the surgery for the beginning of 2016.

However, Belinda’s health began to decline, and she realized she may have to start dialysis. When she told Claudia this news, Claudia immediately called the transplant center and scheduled the transplant for the closest date possible.

Just four days before Christmas, Belinda received the gift of life from her childhood best friend.
​
Across the United States, more than 95,000 people are waiting for a kidney to save their life. Of these, nearly 500 are your fellow Oklahomans. The need for more organ donors is great – every 10 minutes, another person is added to the national waiting list. LifeShare encourages all Oklahomans to register to be a donor and share their decision with their family. 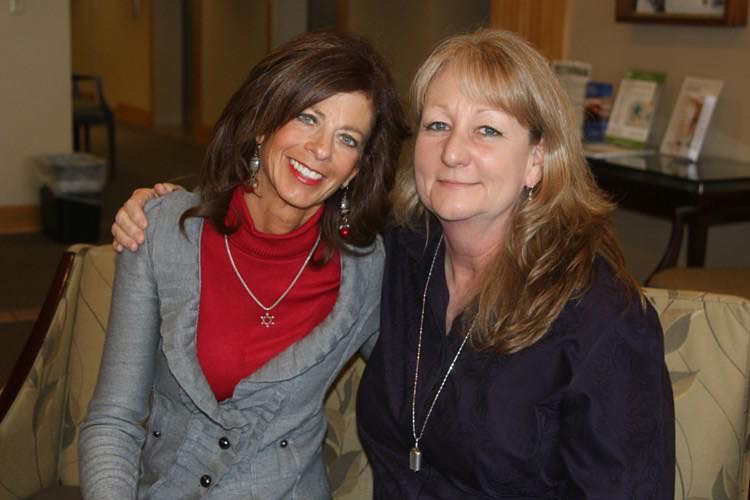